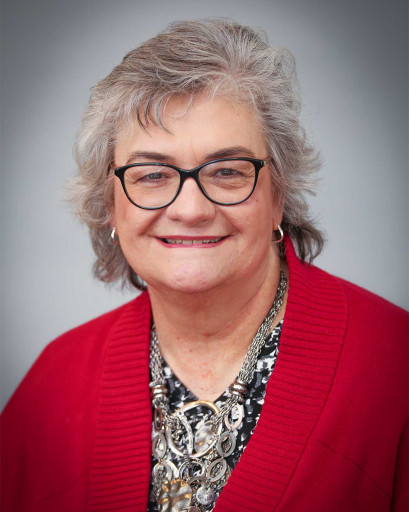 She's heard the phrase most of her adult life.

Everybody from the lady working the cash register at a gas station in Metter to a middle-aged man leaving a football game at Sanford Stadium has stopped her with this simple inquiry.

"Are you Louise Hill?" they ask.

Her friends call it The Louise Factor.

As in, if you're trying to get to a ballgame on time and Louise is in your party, plan on making plenty of extra stops along the way.

"She has more friends than anybody I've ever known," said Laura Meadows, one of Hill's many friends and longtime colleagues who recently retired from her role as director of the UGA Carl Vinson Institute of Government.

Hill laughs off the fame.

"I've just been around a long time," she will say, waving her hand and pointing out much of her career was spent in high visibility roles that took her all over the state conducting leadership training's.

The truth is much deeper, though. Hill is remembered across the state – beloved, even – because she spent her 40-year career investing in communities and people, listening to their problems, guiding and encouraging and gently offering solutions.

"She has always been very selfless," Meadows said, "and she's always been about other people. She just has that natural instinct to bring out the best in people."

"I guess if there's a gift in it, something about me made me approachable," Hill reluctantly acknowledged. "I've had that all my life, going back to my days as a (4-H) camp counselor."

The impact of the 4-H program on Hill's life can't be overstated. It was there she learned that a good leader is one who builds relationships. Many of her friendships can be traced back to summer camps spent at Rock Eagle in the 1970s.

"It was really formative for me and framed a lot of my early life choices," Hill said. "I can't imagine what my life would look like without 4-H."

Fellow 4-Her Arch Smith said there was something unique about Hill even as a teen.

"She made great decisions and had sound judgment," said Smith, who now serves as the state 4-H leader and director. "I think that 4-H experience was just the foundational experience that allowed her to become the expert on leadership that she became."

After receiving a degree from what was then the UGA College of Home Economics in 1979, Hill began her career at the Georgia Farm Bureau Federation in Macon, developing leadership programs for the organization's volunteer leaders and helping launch the Georgia Agriculture in the Classroom program and the Georgia Agri-leaders Institute.

"My mindset early on was creating environments where learning could take place," Hill said.  "It's not about what I did or said, it was about creating those environments for learning and growing."

Hill returned to Athens in 1996 to serve as director of development and alumni relations for the College of Agricultural and Environmental Sciences.

Even during the interview, she quickly established herself as a trailblazer in a male-dominated environment by laying out a bold vision for the college's fundraising strategy.

"I told them 'If you're not willing to do some of what we've talked about, don't hire me. I'll just drive you crazy and we'll lose our friendships,' " Hill said, before smiling. "I guess I did OK though. They hired me."

A friendship with J.W. Fanning, who served as UGA's first vice president for services, helped lead to Hill's next and final stop as a member of the faculty of the UGA Fanning Institute for Leadership Development in 2003. There, she helped establish leadership programs that impacted nearly all of Georgia's 159 counties.

"Louise's legacy is vast," said longtime friend Katrina Bowers, retired senior director of development for the UGA Terry College of Business. "By investing in individuals and empowering them to step up wherever they are planted, communities are being changed, and you can trace a lot of positive community change back to a pupil in Louise Hill's classroom."

It's a legacy partly defined by a terrifying moment in 2011 when Hill woke up one morning and could not move her legs.

A diagnosis of idiopathic transverse myelitis, a rare and mysterious swelling near the spine, resulted in paralysis and months of intensive therapy at the Shepherd Center in Atlanta.

It put her in a wheelchair, but it did not crush her spirit.

"She just rose to the occasion," Meadows said. "Even for people who have known her, the amount of perseverance she has shown has just been remarkable."

Since her retirement in October 2019, Hill hasn't slowed down. She's involved with fundraising for Leadership Georgia's 2020 Athens program and is eager to get more invested in the local community. She is particularly interested in finding additional ways to advocate for people with disabilities.

"Even now as I think about my next phase of life, I'm almost overwhelmed because I see too many opportunities and I know I've got to select some," she said, laughing.

Her spirit, her legacy, is best captured in a quote attributed to Michelangelo that is etched in paint above her fireplace: "I am still learning."

"That's just Louise's mantra," Bowers said. "She is always learning and finding a way to teach, and I think Louise will learn until the day she dies."