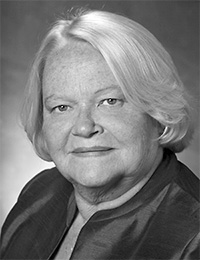 Anne Sweaney began her career in UGA’s College of Family and Consumer Sciences as a part-time temporary instructor in 1981. After landing a tenure-track position, Dr. Sweaney progressed through the ranks and was named a full professor in 1995.

In 2004, Anne was named head of the Department of Housing and Consumer Economics.

For 17 years, Anne served on the Athletic Board as a faculty representative.

The Anne L. Sweaney Innovation Fund was established in 2012 to provide financial support for the new progress and new way of learning.

As department head, Anne spearheaded the establishment of the Family Financial Planning major as well as the residential property management emphasis.