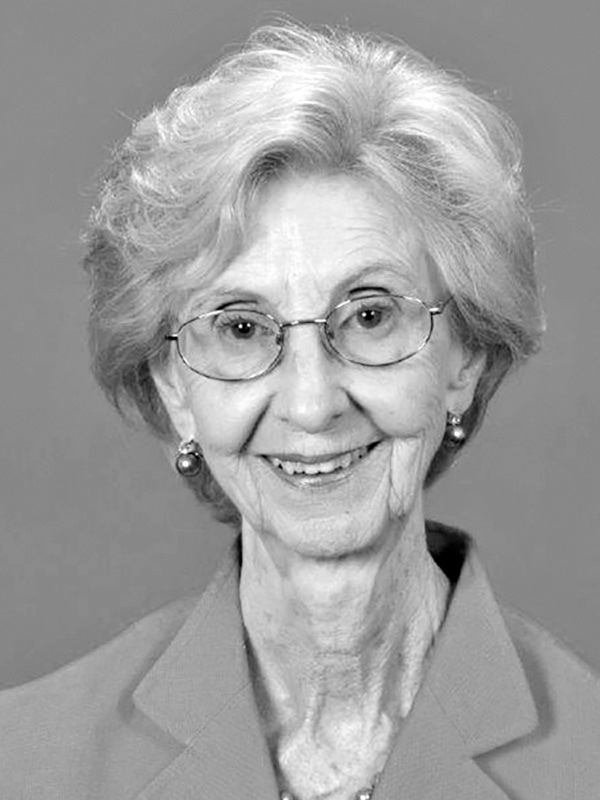 She kicked off 2015 by traveling across the country to accept the Gertrude Applebaum Lifetime Achievement Award at the Child Nutrition Industry Conference in Phoenix.

Martin, president of The Josephine Martin Group and an Adjunct Professor of Nutrition at Georgia State University in Atlanta, may have lost count of the awards bestowed on her over the last 10 years.

For six decades, Martin has been a champion for children across the country. Her passion is child nutrition. That passion has taken her from the steps of the state house to the White House and beyond.

“It is always great to have an opportunity to talk about the child nutrition programs and their purpose because it’s so simple – the purpose is to safeguard the health and
well-being of the nation’s children … but the real purpose is, according to the legislation, a matter of national security.”

Building on the work of the pioneers of child nutrition from the early 1900s, Martin embarked on a career that placed her in many roles. After graduating from FACS in 1947, she went to work for the Georgia Department of Education after completing a dietetic internship. It just so happened that the day of her interview was also the day the Georgia School Food Service Association was created.

From the very beginning of her career, Martin valued the importance of “close relationships between what goes on in the state education agencies, the local school system and the professional organization of the American School Food Service Association, which is now the School Nutrition Association.”

As an area consultant she serviced 400 schools in north Georgia. Her favorite part of the job was training school cafeteria staff. Martin was the only consultant in the Atlanta area and had the good fortune to be mentored by the state director, Eleanor Pryor.

“I also learned from those professionals who really knew how to work with policy makers,” Martin said. “The intricacies of listening to politicians, trying to see their side of the legislation and why they made the decisions they did, and I learned a lot about public policy in that first 10 years that I worked in the state department,” Martin told Dr. Charlotte Oakley in 2008. Oakley interviewed Martin for the Child Nutrition Archives for the National Food Service Management Institute of The University of Mississippi.

The great training she received on the state level equipped Martin for her next role: working for the United States Department of Agriculture.

While earning her master’s from Teacher’s College at Columbia University, she was recruited to work for the USDA. She joined the Southeast Regional Office as a home economist. Under the tutelage of another wonderful mentor, Thelma Flanagan, Martin worked and cataloged best practices from nine southeastern states.

A short 19 months later, with great experience under her belt, Martin was asked to become the State Director in Georgia.

During the 1960s, Martin worked tirelessly on the “matter of national security” for the children of the state of Georgia.  She established the Training In Depth Program as a vocational offering for school nutrition workers. Martin and her team built the curriculum, obtained vocational funds and used vocational staff to teach the program. She also accompanied Senator Herman Talmadge on a tour of hunger in Georgia.

She lobbied U.S. Congressman Richard B. Russell, author of the National School Lunch Act, on behalf of the ASFSA, to make critical changes to the legislation that would benefit states like Georgia. The work Martin and her colleagues addressed brought about the passing of the Child Nutrition Act of 1966, the catalyst for the pilot breakfast program. That was followed by the Special Foodservice Program for Children in 1968 that combined the Child Care and the Summer Food Service Program.

In the 1970s Martin was the national president of the American School Food Service Association (now the School Nutrition Association) and at that time she was instrumental in securing federal authorization for the National Food Service Management Institute. Ten years later, she came out of retirement to become the first full-time director of the NFSMI.

In 2006 Dr. Martin received the Gene White Lifetime Achievement Award for Child Nutrition given by the Child Nutrition Foundation. During the selection process, the committee received a letter of recommendation from a congressional staff leader with whom she worked.

The letter stated, “No unelected person played a larger, more intelligent and more constructive role in the principled expansion of our food and nutrition program than she did … never taking her eyes off the prize of healthier, wiser, happier American children.”