Since 1980, the Distinguished Alumni Award has recognized a graduate of Family and Consumer Sciences who has made lifelong contributions that reflect the beliefs and values of the College. 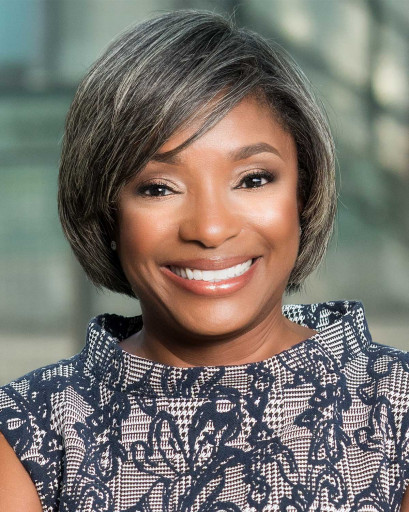 In the corner of DeRetta Rhodes' office, just a long fly ball beyond the right field wall at Atlanta's Truist Park, is a tiny piece of wall art featuring her favorite saying.

"I love that," Rhodes said. "It reminds me of so many experiences I've had."

Rhodes, a 1992 FACS grad who also received a doctorate in adult education from UGA, was named Senior Vice President and Head of Human Resources for the Atlanta Braves in January 2019.

In this role, Rhodes and her team manage a front office staff of nearly 600 employees that includes the Braves' minor league teams and The Battery development surrounding Truist Park.

Rhodes' path to this latest high-profile position has challenged her, discouraged her and at times left her feeling depleted – but it never beat her.

Perseverance and hard-won victories have been consistent themes in Rhodes' life.

The daughter of educators, Rhodes was an honors student and accomplished debater who later became the first African American to speak at her high school's graduation ceremony.

Once at UGA, Rhodes' quickly found her niche within FACS.

"It actually felt like home," she said, "and that was what made the difference for me."

Later, Rhodes would complete an MBA from Clark Atlanta University before acquiring her doctorate, rising along the way to executive roles with Turner Broadcasting Systems, First Data and YMCA of Metropolitan Atlanta.

"At every stop along the way in her career, DeRetta has optimized the organizations for whom she has worked," said Ed Munster, President and CEO of the YMCA of Metropolitan Atlanta. "She is a true strategic thought leader."

Rhodes' doctoral dissertation from 2010, "Courage under fire: How black women have learned to survive in corporate America" explored issues that resonate deeply with her and reflect much of own experience.

Rhodes is now sought-after speaker who has served and continues to serve on the boards of several Atlanta organizations, including the 21st Century Leaders and Human Resource Leadership Forum.

In 2018, she was an invited speaker at the TEDxUGA event.

"Her ability to communicate and inspire people to strive to be their best selves makes her a great leader," said FACS Alumni Association board member Victoria Dorsey. "Both in the workplace and in her community."